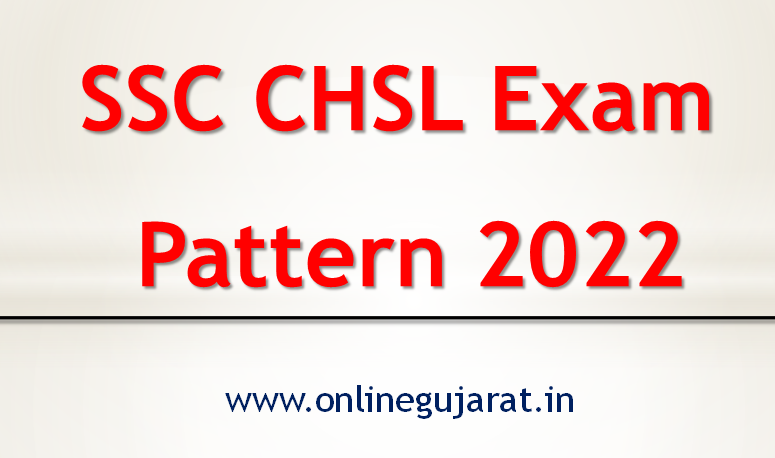 SSC CHSL Exam Pattern 2022 (Revised): An Exam Pattern is a good way to sort your preparation strategy. Thus, aspiring candidates should know the SSC CHSL Exam Pattern 2022. Here, we have discussed the number of questions, type of questions, level of exam, marking scheme, etc. With the release of the CHSL notification recently, a govt job aspirant should be aware of know-what of the exam. This eases in making the preparation strategy & a candidate can get a fair idea of the topics that one need to prioritize.

Let us begin with the understanding of the revised exam pattern of SSC CHSL 2022 released by SSC:

As per the changed SSC CHSL Exam Pattern 2022, there will be two different phases, which a candidate is required to clear in order to get selected for various posts in Government Offices.

SSC CHSL 2022 Notification Out for 4500 Vacancies- Click to Check

Please note that the total duration of Tier-1 is 60 minutes. However, this duration extends till 80 minutes for PwD candidates.

There is a negative marking of 0.50 marks for each incorrect answer.

There will be 4 subjects with 100 questions (Objective Type) and each question carries 2 mark.

Tier-II will include following three sections having two modules each:

Tier-2 will consist of Objective Type, Multiple choice questions, except for Module 2 of Section 3. The questions will be set in English and Hindi except for Module-2 (i.e. English Language and Comprehension module) in Section 2.

There will be negative marking of 1 mark for each wrong answer in Section-1, Section-2 and Module-I of Section-3.